Chenrezig (Avalokiteshvara) is the embodiment of the compassion of all enlightened beings of the past, present and future.  Meditating or merely thinking of the form of Chenrezig purifies the effects of self-centeredness, confusion and negativity, and creates a connection with unconditional compassion.

The realization of this practice leads us to perceive that the brilliant form of Chenrezig is none other than the true nature of one’s own mind.

In this retreat, Lama Padma Gyatso will bestow teachings and lead the Chenrezig practice from the Kusum Gongdu cycle, which was revealed by Tromge Kachod Wangpo, a treasure revealer (terton) from Chagdud Rinpoche’s family.  The text used in the retreat will be the concise practice composed by Chagdud Rinpoche.

Lama Padma will give the Chenrezig empowerment on Sunday (12/27) at 9am.

It is recommended that one remains for the entire retreat, but partial attendance will be permitted. 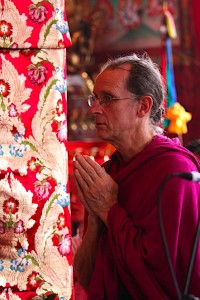 Lama Padma has practiced the path of compassion since 1970, when he began his formal training in India with the venerable Kalu Rinpoche, a living embodiment of Chenrezig and master in the Kagyu lineage. He continued his training in the United States, where he received many teachings from the Sakya master Ven. Dezhung Rinpoche, and also continued his studies of Buddhism and the Tibetan language at the University of Washington, becoming a competent translator of written Tibetan to English.

In 1982, Lama Padma met S. Ema. Chagdud Tulku Rinpoche and, under his orientation, completed a series of rigorous retreats.

In 1996, Chagdud Rinpoche ordained him as a lama in the Nyingma lineage, and coordinator of the Chagdud Gonpa centre in Seattle, Washington.

As a translator, Lama Padma focused on the extensive Chenrezig text of the Tromge lineage, from the family of Chagdud Rinpoche. In 2004, he travelled to Tibet to meet with the treasure revealer Kyabje Tromge Dechen Khachod Wangpo, who recognized him as a lineage holder of the practice and, after guiding him for several years in retreat, authorized him to give the Chenrezig empowerment.

Meals are served exclusively during designated meal times. You can check the times in the dining hall.

• Bed sheets, covers, blankets and bath towels will be provided for those staying at the Temple.

Cancellation of your registration must be communicated by email at least 72 hours before the start time of the event.

Write to [email protected] and inform us your choice of the two options below:

1 – Use the credit for another event or to make an offering
You can use the whole value of the payment as a credit note to enroll in another event or for an offering (butter lamps, tsok, tsur etc.).This credit is valid for 6 months from the date of payment. .

2 – Refund
Your money will be refunded, less an administration fee of R$ 35, to cover administrative costs.

Smoking is not permitted anywhere indoors or outdoors within the Temple grounds. 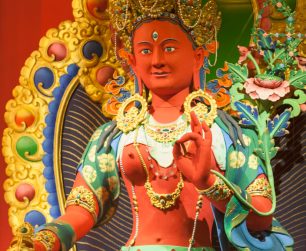 Over the next few weeks, the sangha in São Paulo will be able to gather together for the concise Red Tara practice every Thursday at 7pm.
17 a 21
February
19:00 — 17:00
More 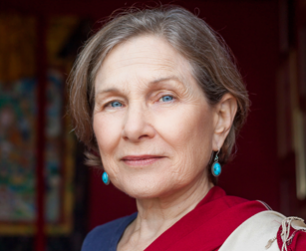 Phowa is a Buddhist method through which one can acquire the ability to consciously direct one's next rebirth.