We are happy to announce another empowerment that will be generously bestowed by Chagdud Khadro during her stay at Odsal Ling.

In addition to the Guru Yoga and Buddha Akshobhya empowerments, which will take place on the afternoon of September 22, Khadro will also be bestowing the Vajrakilaya empowerment on the same day at 8 pm.

Vajrakilaya practice is known for its power to remove obscurations and obstacles to self-liberation, enhancing qualities that benefit others through wrathful compassion. It is considered a remedy against negative forces, defeating internal emotional poisons.

This is an elaborate ceremony in which the teacher authorizes the student to engage in Vajrayana methods by transmitting the lineage blessings of a determined meditation practice. It is said that during the empowerment a seed is planted so that the student's inherent Buddhahood can be revealed, once the proper causes and conditions come together.

Upon receiving an empowerment, the student creates a connection with the practice and the lineage, which should be considered before receiving it.

ATTENTION! This is an independent event from the empowerments and teachings that will take place on the afternoon of September 22. Therefore, it is necessary to complete a registration form for each event.

Those who have already signed up for the afternoon event (Guru Yoga and Akshobhya) and have included dinner in their registration should not select the meal option in this form in order to avoid duplication.

At the time of her ordination as a lama in 1997, Rinpoche invested her as the future Spiritual Director of Chagdud Gonpa Brazil.

Since then, Chagdud Khadro has focused on maintaining the high caliber of Vajrayana training he had established.

No products were found matching your selection.

• Não deite no interior do Templo 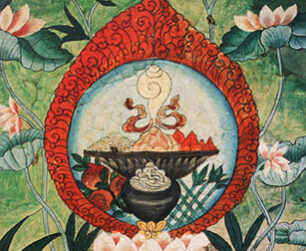 Cycle of teachings: The words of my perfect teacher, with Lama Tsering

Registration open soon! On Saturdays, Lama Tsering offers teachings from the book “The Words of My Perfect Teacher” by Patrul Rinpoche. There are no prerequisites for taking part.
30
January
10:00 — 12:00
More 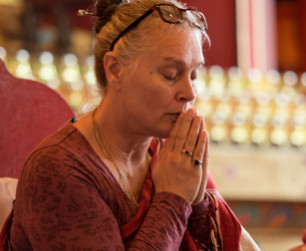 On Sunday Lama Tsering will deliver an online teaching on YouTube, starting at 10 am. Also recommended to beginners.
02
February
19:00 — 21:00
More 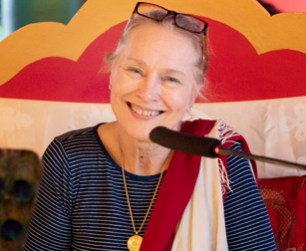